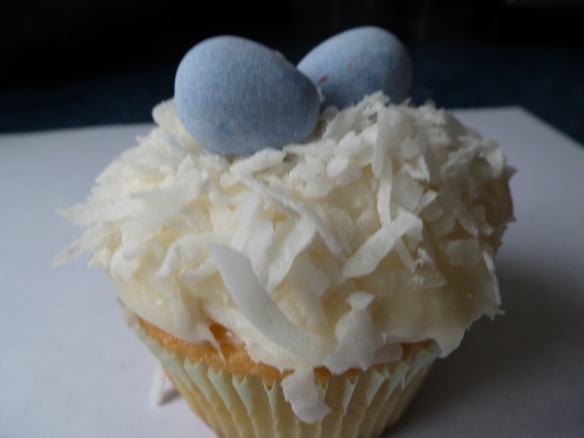 I could not resist experimenting with coconut cupcakes for Easter because my grandkids are coming and I know cupcakes will be the highlight of the weekend.  Here is the recipe for fabulous coconut cupcakes that makes enough to freeze extras for another occasion.  If you are going to freeze some,keep the cooked cupcakes and icing separate , then thaw and assemble when you are ready.